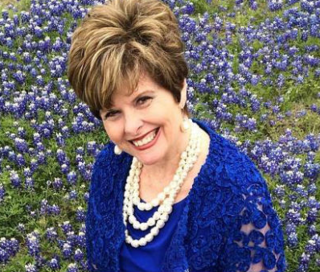 Cindy recounts a trip to Germany.  As she visited the monastery turned home to Martin and Katie Luther she reflected on Luthers impact on his contemporaries.   Did you know that it was Luther who introduced singing songs in the German language?  Until that point, singing was in Latin.  This was a key to the reformation that shook Germany and, indeed, all of Europe.  Suddenly Cindy found herself crying out to the Lord in travail.   We have all the elements to change the face of the earth, yet we are not doing the work!

As she engaged with the German people, they shared how their nation had slid into godless practices, particularly focusing on the legalization of abortion.  Cindy asked, "How is it that feminists have more courage than Christians?"  Why aren't Christians working to ensure righteous laws are in place? Right there, in Germany, she and her group prayed for the reversal of the pro-abortion laws.  Right after that she offered to take a photo for a tourist.  It turned out that tourist was a lawyer working for abortion reform in the United States.  He is a reformer. Cindy calls us to be reformers and to fan the flame of reformation!

Usually there is a catalytic moment when we become aware of a need for change.

Her books walks out how Luther, after his catalytic moment, focused on prayer and scripture to deepen his understanding of how Christ had reformed him.  Then she went on to share how God had drawn her to reconsider the thought that change is only a one-to-one activity.  One-on-one had been her focus. God opened her eyes to an integrated view of the world.  He showed her our responsibility to impact not only the people but also the systems and laws of nations.   Her understanding was deepened: this impact is the discipling of nations we are called to.

She asks a profound question:  Are you willing to be the change your world needs?

Are we willing to impact both individuals and the systems of society?