This Is an American Patriot sued by 16 Illegals, in Arizona - Our Justice system is failing in not protecting our 'Constitutional Rights' 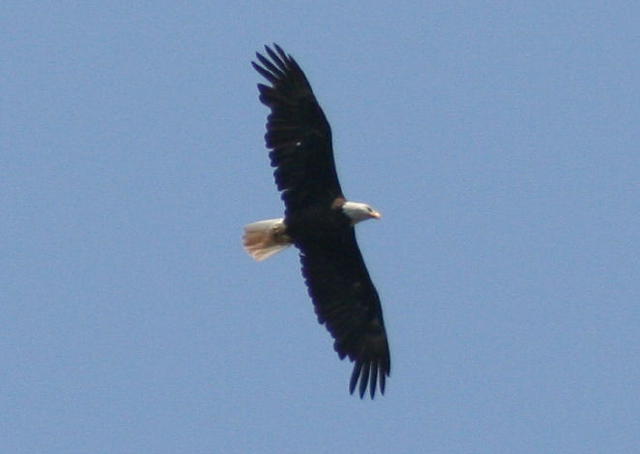 An Arizona man who has waged a 10-year campaign to stop a flood of illegal immigrants from crossing his property is being sued by 16 Mexican nationals who accuse him of conspiring to violate their civil rights when he stopped them at gunpoint on his ranch on the U.S.-Mexico border.

Roger Barnett, 64, began rounding up illegal immigrants in 1998 and turning them over to the U.S. Border Patrol, he said, after they destroyed his property, killed his calves and broke into his home.

His Cross Rail Ranch near Douglas, Ariz., is known by federal and county law enforcement authorities as "the avenue of choice" for immigrants seeking to enter the United States illegally.

Trial continues Monday in the federal lawsuit, which seeks $32 million in actual and punitive damages for civil rights violations, the infliction of emotional distress and other crimes. Also named are Mr. Barnett's wife, Barbara, his brother, Donald, and Larry Dever, sheriff in Cochise County, Ariz., where the Barnetts live. The civil trial is expected to continue until Friday.

The lawsuit is based on a March 7, 2004, incident in a dry wash on the 22,000-acre ranch, when he approached a group of illegal immigrants while carrying a gun and accompanied by a large dog.

Attorneys for the immigrants - five women and 11 men who were trying to cross illegally into the United States - have accused Mr. Barnett of holding the group captive at gunpoint, threatening to turn his dog loose on them and saying he would shoot anyone who tried to escape.

The immigrants are represented at trial by the Mexican American Legal Defense and Educational Fund (MALDEF), which also charged that Sheriff Dever did nothing to prevent Mr. Barnett from holding their clients at "gunpoint, yelling obscenities at them and kicking one of the women."

In the lawsuit, MALDEF said Mr. Barnett approached the group as the immigrants moved through his property, and that he was carrying a pistol and threatening them in English and Spanish. At one point, it said, Mr. Barnett's dog barked at several of the women and he yelled at them in Spanish, "My dog is hungry and he's hungry for buttocks."

The lawsuit said he then called his wife and two Border Patrol agents arrived at the site. It also said Mr. Barnett acknowledged that he had turned over 12,000 illegal immigrants to the Border Patrol since 1998.

In March, U.S. District Judge John Roll rejected a motion by Mr. Barnett to have the charges dropped, ruling there was sufficient evidence to allow the matter to be presented to a jury. Mr. Barnett's attorney, David Hardy, had argued that illegal immigrants did not have the same rights as U.S. citizens.

Mr. Barnett told The Washington Times in a 2002 interview that he began rounding up illegal immigrants after they started to vandalize his property, northeast of Douglas along Arizona Highway 80. He said the immigrants tore up water pumps, killed calves, destroyed fences and gates, stole trucks and broke into his home.

Some of his cattle died from ingesting the plastic bottles left behind by the immigrants, he said, adding that he installed a faucet on an 8,000-gallon water tank so the immigrants would stop damaging the tank to get water.

He said he carried a pistol during his searches for the immigrants and had a rifle in his truck "for protection" against immigrant and drug smugglers, who often are armed.


ASSOCIATED PRESS DEFENDANT: Roger Barnett said he had turned over 12,000 illegal immigrants to the Border Patrol since 1998.

A former Cochise County sheriff´s deputy who later was successful in the towing and propane business, Mr. Barnett spent $30,000 on electronic sensors, which he has hidden along established trails on his ranch. He searches the ranch for illegal immigrants in a pickup truck, dressed in a green shirt and camouflage hat, with his handgun and rifle, high-powered binoculars and a walkie-talkie.

His sprawling ranch became an illegal-immigration highway when the Border Patrol diverted its attention to several border towns in an effort to take control of the established ports of entry. That effort moved the illegal immigrants to the remote areas of the border, including the Cross Rail Ranch.

"This is my land. I'm the victim here," Mr. Barnett said. "When someone´s home and loved ones are in jeopardy and the government seemingly can´t do anything about it, I feel justified in taking matters into my own hands. And I always watch my back."

Lynne says:
We applaud you Roger Barnett, your courage and your wonderful dog. We pray for you, your family to win against this injustice in our country.
This must stop!

This article was posted in the Washington Times, we should write them thanks for the information. Also write Judge John Roll and let him know we will make him infamous for not dismissing this case. We in America are being robbed of our legal constitutional rights.

Cotton & I are working on getting this Judge's address to tell him a thing or two. We want to write Mr. Barnett a thank you for his courage. It has turned out we don't really own our own property, anymore in America. example: here and just try to build a simple shed on your property, see where you get!It is very frustrating.
For those who would like , you can write this Judge, or Mr. Barnett, we will get it posted ASAP.
Cotton has posted it on her blog. We need to get this type of injustice stopped, NOW!

Permalink Reply by Christine Gosselin on February 12, 2009 at 8:27am
Good morning, Lynne: The problem with our justice system (if you can call it that), is that the criminals are always the "victims", and the real victims are always being prosecuted for the criminals. Our justice system could send a real message to the illegal aliens by not only dismissing the charges against Mr. Barnett and his family, but THEN prosecute the illegal aliens and DON'T put them in our jails, but return them to their own country. Before they return them, however, they should put them on a work detail, doing manual labor. I suppose then they could sue the U.S. for cruel and unusual punishment. Things may be better in this country than they are in most other countries, but we need a serious overhaul of ALL of our politicians and our justice system. I don't think we'll ever see it. I'm just waiting for the Rapture!

Permalink Reply by Cindy K on February 19, 2009 at 11:57am
I heard this on Fox the other night. It makes my blood boil that we have to have a situation like this in our country. Only a small handful of Americans see this as rightous for the Mexicans, they are the most leftist liberals and the hollywierd elite. They like to rattle the cage so it appears that there are many in the fight. Remember the battle of Jericho when Joshua did the same thing? Seems funny that the liberal elite would take action right out of God's playbook. Of course, they don't have God in their actions, but the ploy works nontheless. I hope Fox news (Hannity and Beck) take up this man's fight.

Permalink Reply by Tiffany B on March 30, 2009 at 6:30pm
When you are young your mother always tells you that two wrongs don't make a right. According to this lawsuit, it doesn't matter how many wrongs were committed,it is the last one that counts. If we start giving illegal immigrants the same rights as American Citizens then why should there even be a process of entry into this country? We, as Americans have the right to pursue happiness, how can you pursue happiness if you feel like you and your family are in constant danger? This man has the right to protect the property that he worked hard for!!!