My deliverer carries a bible ... Not a beer ! 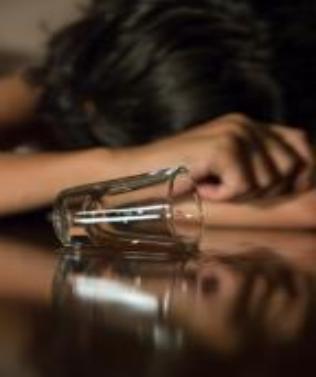 I heard of a young man in our town the other day speak of how in the weight of things we had become really down on life. He even doubted his sincerity for his faith. He told me of how in his sorrows he poorly decided to go to the local bar and thought seriously of just falling back in his old ways, and to just drink his problems away. While at the bar, his thoughts raced on his church, his Christian friends and how he wished they would come right then and rescue him from the mistake he was about to make. He wanted so badly for those that claimed to strong in the Lord to come, take him by the hand and lead him out of that den of devils. He wanted so badly, to see that what the pastor said in church was true.

It wasn’t anymore than 20 minutes later; five of the most active people in his church came walking in. His heart pounded because he just knew they were coming to get him. “This folks are true Christian men and women” he thought. “Though I was a little embarrassed I knew they had come to save me from this heavy burden and my mistake”. The five members he said walked in, with smiles on their faces, laughing but, never once even looked at the young man, but only proceeded to find a table and ordered five cold beers. “Everything in me simply died at that moment it felt like” he said. If these top five members that I have seen with their hands up praising a God that condemns this activity, can come here and mingle, and act as they are one with the sin that surrounded me, has anything they have said been true? He thought. How can they preach one thing and witness another?

I had drank one beer he said, and my phone rang. It was Brother John from down the street. He said” I saw your car at the bar and wanted to see if you were ok.” Tears of rescue poured and a weight that had burdened me down was lifted right at that moment. “I look again at the five people that sat at the table, and after a couple seconds, they noticed who I was” They noticed the tears on my face, and one got up to see what the problem was. As one of the five approached where I was sitting, brother John offered over the phone to come get me, and I said thank-you and I would meet him outside. All I could see at the moment from this person who held a beer in his hand ,and thought he was somehow going to rescue me from my problems was a man just as lost as I thought I was. I simply look at the man and said I will pray for you brother and your friends. My God has already sent me my deliverer. He carries a bible not a beer. “I knew right then what the bible meant about wolves in sheep’s clothing” he said

How many Church members do we have in our town that gives business to the local bars? How many in those bars needed and wanted rescued? Just how many folks were lost to the hand of Satan while members of the local church fellowshipped with those that mock God and then raise their hands again in praise? They not only watched a child of God spiritually die but raised their glass in praise also for the enemy of God?

I need your help.. HELP me spread the word about THE ARISING VOICE and its articles !