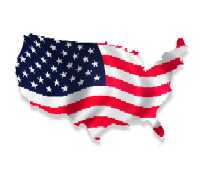 Freedom and Birth.
It is no mystery that the birth of our country was heralded with promise. The revisionists may tell a different story, but many Christians saw this as the opportunity to form a nation with godly principles and values.

Growth
A nation has never emerged that grew like ours. We were great and we were good. In 1892 the United States Supreme Court made an exhaustive study of the supposed connection between Christianity and the government of the United States. After reviewing hundreds of historical documents, the Court asserted, “These references…add a volume of unofficial declarations to the mass of organic utterances that this is a religious people… a Christian nation.” Likewise in 1931 Supreme Court Justice George Sutherland reviewed the 1892 decision in reference to another case and reiterated that Americans are a “Christian people.” (reference available, just ask.)
So the world saw something that had never been seen before – an emergent country shaped by many people who sought to honor God. We flourished.

Complacency
Over time, every nation and organization ages. Even Jesus mentioned this – to paraphrase what he said, “Don’t try to accommodate new growth with old organizations. You need new organizations for new growth.” (reference available, just ask)
So, the complacency we have experienced as Americans is what all nations experience.

Oppression
In complacency, things run down hill. There is not strong leadership moving us in a positive direction. We become inwardly focused, obsessed with ourselves, obsessed with feeling good and living for the moment. In all nations, this occurs as the nation ages. And, people choose the path of least resistance. This obsession with ‘feeling good’ allows leaders to emerge that speak not to a ‘higher calling’ but speak to giving us what we want. Giving people what they want without an equal exchange of value is not a good foundation. It is a cracked foundation that will not work in the long term. The type of leadership that advocates taking care of the masses without an equal contribution establishes a weak and ineffective government. This type of government speeds the down hill decline.
This type of leadership generates something else. Those who understood the original purpose of the nation see that the nation has moved off center and begin to exert their leadership influence. But, because their mission is in conflict with the official leadership, this further fragments the nation. Again, the down hill slide moves into higher gear. A nation divided against itself cannot stand.

Tyranny
The fruit of the government that caters to providing for the masses without an equal exchange of value begins to emerge. An economy based on government spending is economic disaster. Economic activity sags, decays and slows down. There are fewer and fewer buyers for services and goods. Reduction of workers accelerates. Average earning decreases. Fear reigns and even more people emerge saying, “Wrong turn! Go this way!” The conflict between the power holders and the rest widen. The power holders take a tighter grip to control things, they invent ways to gain more power and to stay in power. Tyranny reigns. Tyranny spurs rebellion which spurs more tyranny.

Second.. regarding what Jesus said… We need new and better ways to organize.

Somehow this thought that “Christian” and “Government” are two worlds that should spin in separate universes has emerged. Nothing could be farther from the truth.
We are supposed to be wise enough (and organized enough) to settle our own disputes.
We are supposed to hold people accountable for wrong behavior.
We’re supposed to help those who are working and to not help those who are lazy and refuse to do honest work.
We’re supposed to take care of those in need and to share what we have, not by compulsion or force but by with mission, purpose and love.
These are self-government principles that we need to rethink. We need a new definition and organization of Christian community.

These are tough days for many, but also days that could see the birth of something new, a more visible expression of the Kingdom of God.

Comment by Valia on February 17, 2009 at 6:26pm
I think the separation of church and state is a good thing, because there are so many different belief systems in our country. I do think that Christians should trade with eachother, however. In fact, I think trading will become a common currency in the coming years, and we should want to trade with our fellow Christians. I think we live in exciting and fearful times at the same time, and I wouldn't want to live in any other time period in history.

Comment by Jerry Hartman on February 16, 2009 at 2:15pm
Not only are these life cycles present in nations, they are present in civilizations. The Greeks and the Romans went through the same cycles. It is interesting to compare the similarities of the fall of those two civilizations with our own. Just a few comparisons: they switched from military and leadership heroes to sports heroes, they couldn't maintain their own farms, entertainment became the national goal, morality was destroyed and immoral lifestyles became the accepted practice. Greed caused the collapse of their economy, and eventually they couldn't even defend themselves from small nations. No civilization on earth has been able to alter these cycles and save themselves. The only group I know that has been able to enjoy comebacks is the Jews in the old Testament. They went through the same cycles, and God judged them for their sins. When Israel repented of their sins and turned back to worshiping God, God restored them. When they didn't repent, he destroyed them, spread them throughout the world and sent them into slavery. The only way we will see a true comeback in our nation is if our nation turns to God in repentance and then in worship. No government program will ever fix this problem.

If churches across America were to start concentrating on fulfilling the great commission, we would see masses of people coming to Christ. That is were the only change that matters must start.

God bless you all
Jerry

One thing I have learned, and you all may know this already; our "friends" lists carry over to every ning site we join. With the click of the mouse, we are in instant communication across ning sites. The more ning sites we can create our own groups in, the more people we can reach in an instant.

Comment by Gary Ernsthausen on February 14, 2009 at 9:33pm
Very Good Juanita, It is surprising to think of the Amish being the richest group but I would agree even without doing the homework. They do not pay into social security, they pay no Insurance on any thing just trust God and work together if there is a calamity, and are known for good workmanship. Thank you!