We live in dark and dangerous times! 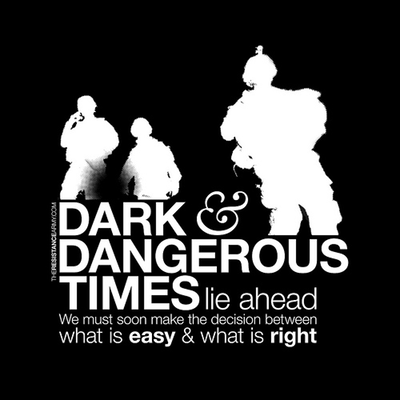 Permalink Reply by Sierra Nichole on March 24, 2010 at 11:52am
Just a correction. The Bible says that the antiChrist's followers will bare the number 666 not Christians.

The passage of the health bill was predicted by myself last year! The Bible predicts a coming one world government. The people will looked to the government for their security. When they do this, the Bible predicts that the anti-Christ will come to power who will be promising world security. The first step is to give the government unlimited power over our lives which the health care reform bill does as a first step.

In order to prepare for this, we are going to see the world become more and more controlled by a small elite. I don't think most people realize that America is the last industrialized nation to accept universal health care. The power that was given to the government over the weekend is extreme. The government has now set up a system that will lead to a single payer system where everyones medical histories will be tracked by the federal government. Government figures will eventually have the power over life and death decisions.

The government also now has the right to track you at all times. I think this is significant because they now have the right to force you to have a health care plan and make sure you are on a plan. This alone is a very major development because the anti-Christ at some point in the future will force all Christians to bear an indentification label on their bodies as signified by the number 666. The government having the right to force us to do something in order to qualify as a citizen is very significant from a Biblical perspective.

For those who know Bible prophecy, this is pretty exciting stuff. For all those who love the Lord, we know that the coming of our Lord is drawing nearer by the day! For those who don't know the reality of God's love, this could be scary; however, for those who know the love of the Lord, this is expected, predicted in Scripture and signifies the end of mankind as we know it! For all of us who long for our Lord, we praise the Lord as we watch history unfold.