This Group is for the support of Israel. Israel's Motto: "HOPE IS THE ONLY WAY TO GO" Gen 12:3 God promises a blessing to those who bless Israel! 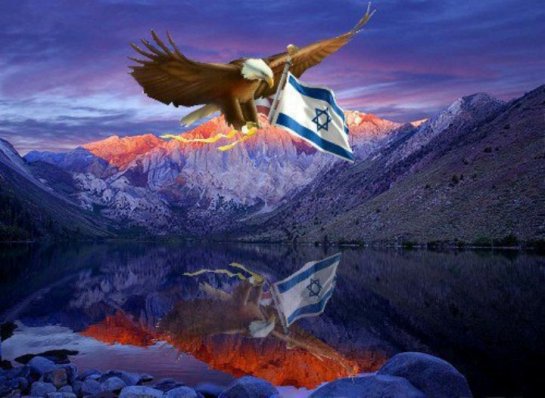 Juanita and I enjoyed our trip to Israel. Please keep it in your prayers!

Love her as God has said! We have to stand for her even if God will protect her. I for one do not want to feel his wrath cause we as a country does not honor her. In Jesus I trust! The Jews have…Continue

God said he would bless those who bless his people

Will you join in blessing Israel?Continue

You need to be a member of HOPE FOR ISRAEL to add comments!

great article, Sis...i do not blame Israel one bit, because our leaders in the White House would not support it.

we gotta get Obama out of there. 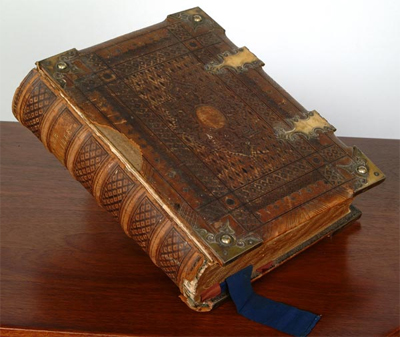 i know you also get the news straight from Israel as well.  please keep us posted!

i love  your scripture for the day, Sis.

11 The LORD will guide you always;
he will satisfy your needs in a sun-scorched land
and will strengthen your frame.
You will be like a well-watered garden,
like a spring whose waters never fail. Yes, we must.  Things seem to be happening so fast with all the threats to Israel and our President bowing to the Muslims as he does.

That is such encouraging news, Sis!  I know the youth in our church are very pro-Israel, but it is nice to know how many are on our campuses spreading their love of God and  of His people.  The Lord is moving in so many ways...and if Iran thinks that a Military strike will lead to ‘collapse’ of Israel...they are in for a big surprise!

By Elliot B. Gertel

http://www.JewishWorldReview.com | The new hit CBS series, 2 Broke Girls, tells the story of Max (Kat Dennings), a sharp-tongued brunette waitress in a Brooklyn diner, who takes in Caroline Channing (Beth Behrs), the new waitress on the block, who has lost her fortune and her social standing.

The only possession that the latter was able to (inconspicuously?) take from the family mansion is her affectionate horse, which grazed for a while in the courtyard behind Max's apartment. The show is amusing; it has its moments, some with big laughs and some with genuine pathos. But it is very much on the crude side.

A bar mitzvah episode is the most vulgar of all ( a goal for this show?). It targets Orthodox Jewish boys, suggesting, as the series does as a whole, that no family or tradition or discipline can live up to any ideal or sanctity.

Max and Caroline find themselves in a pharmacy in an Orthodox Jewish neighborhood. Writer Liz Feldman makes a point of pausing to mock Jewish beards and Jewish names. Caroline feels warmth and nostalgia for Jews. "I love the Jewish People," she effuses. "Whenever I felt sick I'd just pop over to the townhouse next door and visit Dr. Klein. Actually, the Kleins and I were very close. I was invited to many a Passover in their home. In fact, they called me their 'honorary Jew.'"

Caroline adds, with fondness, that Mrs. Klein brought her chicken soup when she had the flu. There are nice Yiddish lessons in this episode. The writer is more positive about Yiddish than about Jews.

The Caroline character is the daughter of an incarcerated Pyramid scheme sociopath.

When Max asks why Caroline has not called Dr. Klein now that she's ill, Caroline responds that she called him three times and received no response. She speculates: "I guess he doesn't want to have anything to do with me anymore because of my father's financial scandal. All those years I thought we were family. Guess not.

Max is the voice of the cynicism which is the overriding theme of the show: "Ignoring your needs and pretending you don't exist sounds like family to me." The implication is that Jews are like everybody else in turning their backs on the family of neighbors, and on family in general.

The bar mitzvah theme emerges from the two broke girls' conversation with the woman behind the pharmacy counter, Esther Rochel (Mary Testa, who could have shone in such a role). Caroline believes that she can run interference between tactless Max and the Orthodox Jewish world. "Let me do the talking. I learned a lot of Hebrew from Mrs. Klein. These are my people."

Though Caroline has the connection to Jews and Judaism, the woman behind the counter, Esther Rochel (Mary Testa, who could have shone in a more thoughtful portrayal of an Orthgodox Jewish woman) connects with Max. Though she equally criticizes the two women's immodest attire. But Esther Rochel is less taken with their efforts to dress more appropriately than with Max's "big breasts" and "gorgeous hair."

This Orthodox Jewish woman, whose value system stresses the importance of character and dignity more than externals, waxes nostalgic, ostensibly for the days before she became Orthodox: "It's like looking in the mirror," Esther Rochel boasts. "How else do you think I landed a handsome doctor like my Anshil." She identifies with Max: "It's been a few years, but, trust me, under this wig and smock: splitting image of you."

One gets the impression that writer Feldman is somehow praising Esther Rochel by making her an Orthodox Jewish counterpart to Max's sarcastic and saucy personality. But why do the writers and producers of this series persist in trying to render sympathetic Max's cynical and anti-family outlook? And why do they persist in depicting Caroline as naive and even foolish whenever she defends family values even after being betrayed by her own father and by the Jewish family next door? They seem unaware of the Yiddish expression hanging in their set's kitchen: "He who thinks well (worthily) finds well-being."

According to biographical data on several websites, the episode writer, Liz Feldman, is active in homosexual causes.

Max soon repeats Esther Rochel's mantra, "It's like looking in the mirror," when she tries to one-up Esther Rochel in bargaining, before the latter abruptly closes the pharmacy in the girls' faces due to "sundown" (on Sabbath eve).

Before the scene in the pharmacy ends, Max, hearing that Esther Rochel, mother of a boy about to become bar mitzvah, is left without cupcakes by a friend (or family member?), offers to bake them for profit.

(No one discusses kosher laws, but then again, no truly Orthodox household would trust an unknown baker, anyway. Also, Feldman disseminates the common misinformation that Judaism has no concept of Hell.)

Max has no intention of making kosher cupcakes, and has every intention of causing the Jewish family and their guests to transgress their faith. She articulates her plan to lie outright for a few dollars. Writer Feldman gets across her point that Caroline who takes the assignment and Jewish traditions seriously, understands that Jews are supposed to be "kosher" in every aspect of their lives.

We do feel for Caroline, who suffers unfair discrimination at the hands of Esther Rochel and her mother. They embrace Max, want to believe she is Jewish, because she looks and talks like them. Esther Rochel's conspicuously be-wigged mother calls Caroline a "shiksa". Esther Rochel wants to mother Max and to shun Caroline.

But most ugly -- and absurd -- is the depiction of the bar mitzvah boy and his buddy.

When out of parental view, the elementary school chums morph into foul-mouthed misogynist rappers who, with their fake sidecurls dangling, hit on Max and Caroline, referring to them as bitches and, waving wads of bills, offer to pay for sex.

Feldman may have meant to show that children from the best of families have their challenges, but the lingering impression is that Orthodox Jewish life is unrealistic given the pull of popular culture.

Even more ugly is her suggestion that the boys are actually perpetuating the "sins of the mothers" in their contempt for Gentile women. The dead giveaway that all Feldman's Jews are unredeemable is the suggestion (embodied in Max's "good" advice) that Caroline's correct impulse to inform the parents about this bad behavior is pointless.

Feldman refuses to make her gratuitously Jewish characters redeemable. They are incapable of achieving self-awareness by virtue of their Orthodox Judaism, which is depicted as entirely without virtue here, as incapable of holding any generation. After all, having bitten into a non-kosher cupcake in error and being informed of the error, the "pious" grandmother or, bubbie, continues to nosh.

Should we find comfort in that fact that 2 Broke Girls does not discriminate against Orthodox Jews, but simply dismisses any kind of virtue or even common sense as unrealistic? The only time that the girls show any horse sense or virtue is when they are with the horse which is the last vestige of Caroline's once privileged life. Does the series therefore suggest that virtue cannot be found except in some residue of conspicuous consumption?

Either virtue is trash or this TV series is. 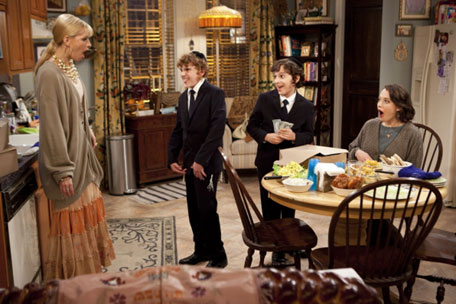